As a result of the COVID-19 pandemic, year 2020 has witnessed unprecedented changes in the practice of medicine. The effect on medical conferences has been equally dramatic, and several major meetings have been canceled or altered. Fortunately, the oncology community adapted quickly! Most major national and international meetings, such as the American Society of Clinical Oncology (ASCO), Gastrointestinal Cancers Symposium, and European Society for Medical Oncology (ESMO), have adopted abbreviated virtual formats that delivered cutting-edge research in the advancement of oncology care. Recognizing the challenges of the virtual format in terms of reach and impact, we are bringing you the Year in Review series, which seeks to summarize recent scientific advances and disseminate to clinicians in a timely and effective manner to support cancer care delivery and research.

This edition of Year in Review is focused on cholangiocarcinoma (CCA), a malignancy where targeted therapeutics have made substantial strides. Below is a quick review of some of the topics discussed in this issue, with a focus on recent advances, potentially practice-changing developments, and ongoing challenges in CCA. Increased understanding of the CCA genetic landscape has led to identification of actionable alterations such as FGFR and IDH aberrations, for which therapeutic interventions are being developed and actively investigated.

During this year, an important milestone was reached with the approval of pemigatinib, the first targeted therapy to be approved by the US Food and Drug Administration for CCA. Efficacy of pemigatinib was demonstrated in the FIGHT-202 trial, in which 107 patients with advanced CCA whose disease had progressed on or after at least 1 prior therapy and had an FGFR2 gene fusion or rearrangement. Patients received pemigatinib, 13.5 mg orally, once daily for 14 consecutive days, followed by 7 days off therapy, and the overall response rate was 36%, including 3 complete responses. The median duration of response was 9.1 months with responses lasting ≥6 months in 24 of the 38 (63%) responding patients and ≥12 months in 7 (18%) patients. Other promising FGFR inhibitors are in development. Results of the FOENIX-CCA2 phase 2, open-label clinical trial of futibatinib, an oral FGFR inhibitor, in patients with intrahepatic CCA and FGFR2 fusions or other genetic alterations, showed that futibatinib is safe and effective in this patient population. Patient-reported outcomes from the FOENIX-CCA2 trial indicate that futibatinib therapy does not adversely affect patients’ quality of life.

Infigratinib is a selective FGFR1-3 tyrosine kinase inhibitor that has also shown promising antitumor responses in patients with advanced, metastatic CCA bearing FGFR2 alterations. Biomarker analysis of the phase 2 study of infigratinib confirmed the genetic heterogeneity of CCA, including the prevalence of FGFR aberrations. Encouraged by the promising antitumor activity demonstrated in these early trials, the phase 3 PROOF trial (NCT03773302) is evaluating the efficacy and safety of infigratinib versus gemcitabine plus cisplatin as frontline therapy in patients with advanced CCA harboring FGFR2 gene rearrangements. Ivosidenib, a targeted IDH1 small-molecule inhibitor, was investigated in the phase 3, multicenter, placebo-controlled ClarIDHy trial. This study enrolled 230 subjects with pretreated, IDH1-mutated CCA and achieved its primary end point of superior progression-free survival as compared with the placebo arm. Similar exciting results were reported with BRAF and HER2/neu targeted therapies.

The demonstrated activity of immunotherapy in other tumor types has prompted evaluation of its role in CCA. First results of the multicenter phase 2 LEAP-005 trial showed promising activity of the combination of lenvatinib and pembrolizumab in advanced solid tumors, including CCA. The combination of ipilimumab and nivolumab also showed significant clinical activity in patients with microsatellite-stable biliary tract cancer. However, the addition of immunotherapy with ipilimumab and nivolumab to gemcitabine and cisplatin chemotherapy as frontline therapy was not associated with clinical benefit. A hypothesis-generating phase 2 clinical trial from Asia evaluated 3- and 4-drug immunotherapy combinations of durvalumab plus the CTLA-4 inhibitor tremelimumab, in combination with gemcitabine and cisplatin chemotherapy. A remarkably high response rate was noted with this combination in the Korean population where the study was conducted. These results warrant further studies to define the role of immunotherapy in CCA and the heterogeneity between Asian and Western subjects.

Research efforts are also focused on developing better assays for identifying genetic aberrations in primary tumor, metastatic tumor, and in liquid biopsies, with emerging data indicating that circulating free DNA may be an important noninvasive means of identifying genetic alterations with potential clinical utility in CCA. There is continued interest in identifying novel candidate genes that might be potential targets for therapeutic intervention, with results of several such efforts presented at these meetings.

We are pleased to present the highlights of these topics and more! 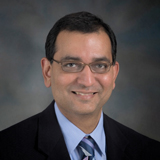