Ovarian cancer is an avaricious tumor that can extend throughout the entire abdominal cavity. It is one of the most difficult diseases to diagnose and the most lethal gynecologic malignancy, being the fifth leading cause of cancer death in women in the United States.1 Although there is a significant clinical response to initial treatment with platinum/taxane-based therapy, rates of relapse are statistically high.2 This results in diminishing effectiveness as well as a cumulative increase in toxicity in the treatment of recurrent disease.3

For those platinum-sensitive patients with recurrent disease, the use of maintenance treatment with targeted agents such as bevacizumab has resulted in longer progression-free survival (PFS).4 Nevertheless, recurrence rates have remained high, prompting a quest for new compounds that may result in more durable clinical remissions.

Discovery of the poly (ADP-ribose) polymerase (PARP) inhibitors was an astounding development and introduced a novel concept for the treatment of patients with recurrent ovarian cancer. Dr Benedict Benigno, in the second edition of his book, The Ultimate Guide to Ovarian Cancer: Everything You Needed to Know About Diagnosis, Treatments and Research, described PARP inhibitors as follows: “Standard chemotherapy drugs are poisonous and insinuate themselves into the cell cycle at various stages of mitosis, cell replication and/or division. The PARP inhibitor drugs alter the very way in which DNA is repaired.”1 This second edition was published in 2016 when the strict parameters dictated treatment with PARP inhibitors only for those patients with a deleterious mutation in one of the BRCA genes plus a failure of 3 prior chemotherapy regimens. However, compelling data from the ARIEL3 trial, which was published in a recent article in Lancet, demonstrated the efficacy of rucaparib as maintenance treatment for patients with recurrent ovarian cancer who are in a complete or partial response to platinum-based chemotherapy, supporting the US Food and Drug Administration (FDA) approval in this patient population. Of note, the PARP inhibitors olaparib and niraparib are also approved by the FDA for use as maintenance treatment.

Data from the ARIEL3 trial showed that rucaparib significantly prolongs PFS (the primary end point of the trial) in patients with advanced ovarian cancer who had achieved at least a partial response to platinum-based chemotherapy.5 This “gift of time”—a crucial entity for the patient with recurrent ovarian cancer—represents a sense of freedom from returning to the confines of chemotherapy, which is typically offered to all patients regardless of their BRCA mutational status. I think it is very important for oncology nurses and nurse navigators to familiarize themselves with the results of the ARIEL3 trial, so that they can be proficient in the skilled guidance of patients receiving rucaparib.

As with any oral agent, adherence challenges are possible, so after establishing a bond of trust with our patients, we can guide them into a number of strategies, including keeping diaries, calendars, and calendar reminders, depending on the individual’s needs. We can begin education at the start of treatment and guide them through their individualized responses and side effects. To be able to anticipate side effects is empowering to patients and their caregivers as they go through treatment with rucaparib, and a very portable and practical patient starter kit is provided by Clovis Oncology, Inc, to support patients (www.rubraca.com/assets/Patient_Brochure.pdf).

This is an opportune time to include patients’ caregivers as “coaches” in managing some of the side effects to foster a successful experience with rucaparib. This information is meaningful for patients who may otherwise choose to minimize the reporting of side effects with the thought that dose reductions could result in subtherapeutic dosing or discontinuation of the drug.6

Patient education by the nurse should take place before therapy begins, with the understanding that the drug should be taken at the same time each day and that the tablets are not to be broken or chewed.6 Nurses need to be aware of any swallowing issues the patient may have and refer them to the institution’s speech and swallowing professionals, if necessary.

Immediately establishing a viable antiemetic and bowel regimen at the onset of treatment is crucial, because, as noted in the drug’s prescribing information, 76% of participants experienced some degree of nausea (any grade) and 46% had abdominal pain/distention (any grade).6 Treatment with a proton pump inhibitor and probiotic is important, as is understanding the cause of the gastrointestinal issues. Making the patient aware that many types of antiemetics are available enables them to have a sense of control and choice. A referral to an oncology-certified dietitian may also be a practical benefit to the patient going forward.

Constipation and diarrhea should be addressed immediately with either polyethylene glycol or loperamide, respectively, and it is important to establish what the patient means when they complain of loose stool or being constipated.

At the onset of treatment, nurses should establish baseline levels for fatigue and energy and employ various management strategies; supplemental B vitamins may be initiated, if needed.

As with the use of any PARP inhibitor, blood counts should be monitored scrupulously. In the ARIEL3 trial, thrombocytopenia (any grade) was reported in 28% of patients treated with rucaparib, but grade 3/4 thrombocytopenia was observed in only 5% of patients; this adverse event was reversible with dose interruption or dose reductions as recommended in the drug’s prescribing information.5,6 Liver function tests and serum creatinine levels should also be monitored regularly for the duration of treatment with rucaparib. In ARIEL3, elevated transaminases were noted to be transient, self-limiting, and not associated with abnormal increases in bilirubin or other criteria for drug-induced hepatotoxicity.

Initiating education and a dialogue as early as possible is key to success with our patients and their caregivers, and although PARP inhibitors require a novel management approach, they afford our patients a sense of control as well as independence from being tethered to a chemotherapy regimen. 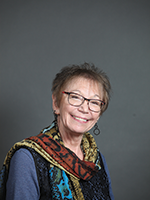