Midostaurin, a multikinase inhibitor targeting FLT3 and KIT, is indicated for the treatment of patients with newly diagnosed, FLT3 mutation–positive acute myeloid leukemia (AML) in combination with standard induction and consolidation chemotherapy, based on demonstrations of superior survival outcomes versus placebo in the randomized, double-blind, phase 3 RATIFY trial. The Radius-X open-label expanded treatment protocol (ETP) was designed to provide access to midostaurin and obtain additional insights into the safety and tolerability profile of midostaurin in adult patients with newly diagnosed, FLT3 mutation–positive AML.

Patients eligible for enrollment into the ETP were adults with newly diagnosed, FLT3 mutation–positive AML (internal tandem duplication [ITD] or tyrosine kinase domain [TKD]) who were fit to receive intensive induction and consolidation chemotherapy. Patients received 1 to 2 cycles of induction therapy (cytarabine plus daunorubicin or idarubicin) and ≤4 cycles of cytarabine consolidation therapy in combination with midostaurin (50 mg twice daily on days 8-21 of each 28-day cycle), followed by ≤12 months of single-agent midostaurin (50 mg twice daily on days 1-28). Patients could initiate midostaurin therapy at any point during standard chemotherapy prior to the completion of a second cycle of consolidation.

At data cutoff, 103 patients were enrolled in the study, including 47 (46%) patients enrolled during induction and 56 (54%) during consolidation. Overall, 31 patients went on to receive maintenance therapy, 12 of whom remain on therapy. A total of 85 (83%) patients discontinued the study, mostly due to transplant (n = 52), adverse events (AEs; n = 7), relapse (n = 12), and not achieving complete response (CR)/CR with incomplete hematologic recovery (CRi; n = 4). Among the FLT3 mutation–positive patients, 75 had ITD mutations and 23 had TKD. The median age was 58 years (range, 19-79 years); 45% of patients were aged ≥60 years. The median duration of midostaurin exposure was 29 days (range, 3-299 days); dose adjustments were needed in 42 patients.

The majority (99%) of patients experienced ≥1 any-grade AEs that occurred mostly during induction (94%) and/or consolidation (85%). Grade 3/4 AEs were reported in 82% of patients. The most common any-grade nonhematologic AEs, occurring in ≥20% of patients, were nausea, diarrhea, anemia, fatigue, vomiting, headache, hypokalemia, and constipation; these were generally comparable between patients that received idarubicin and daunorubicin induction chemotherapy. Serious AEs were reported in 51% of patients, including febrile neutropenia (35%), cellulitis (6%), and pancytopenia. Eleven events of increases in corrected QT (QTc) intervals >30 ms occurred in 6 patients, none of which were >500 ms or considered clinically significant events. Midostaurin dose reduction to 50 mg once daily normalized the QTc intervals. Serious AEs were reported in 46% of patients, febrile neutropenia being the most common (32%).

These results of the Radius-X ETP showed that the safety profile of midostaurin was consistent with that previously described in the pivotal phase 3 RATIFY trial. 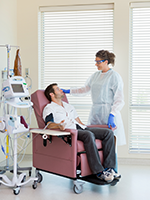 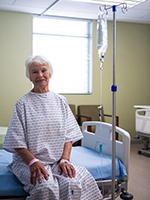 Nivolumab plus Azacitidine Shows Encouraging Activity in R/R AML or as Frontline Therapy in Elderly Patients with AML
JHOP - March 2018 Vol 8, No 1 published on March 1, 2018 in ASH 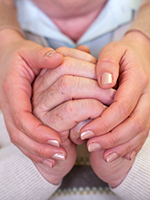 Encouraging Efficacy and Safety with Enasidenib or Ivosidenib plus Azacitidine in Patients with Newly Diagnosed AML
JHOP - March 2018 Vol 8, No 1 published on March 1, 2018 in ASH 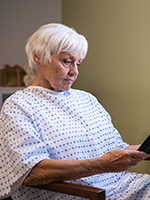